Back to HOME
Back to WRITINGS

My First Time In Japan

Landing in Narita was the first time I felt like an international traveller. I’ve flown many times before, but all destinations were the Australian generic holiday destination; where you land and feel it was somewhat just an extension of western culture itself.

Tokyo was different, hell, Japan was different. It was a lifelong dream to go to this country filled with traditional architecture, a deep history and “Harajuku girls”. When arriving in Narita airport, I felt alive with the sense of travel; real travel, something I had never experienced before. Prior to my first trip I had always said Japan was the only place I really wanted to visit and it would be a place I would only visit once. A few years on and I still can’t believe how ridiculously foolish I sounded, spouting the fact I could have my fill with only one visit. Oh how wrong I was.

The following story conveys my feelings when landing in Japan, how amazing and somewhat stressful it was trying to navigate a foreign country on the first night, and how I could relive it over and over again.

I flew over the island of Japan, moon shimmering over land and sea, it looked like it was out of a movie. I was filled with elation. It’s always a natural marvel looking out on land from so high, a view we need to realise humans were never meant to see. Touch down. Arriving at Narita Airport, with Taylor by my side, my partner in crime and my Squish. I was surprisingly level headed, as I’m normally super stressed when I’m following such an important schedule, a schedule I had been nailing down and planning to the minute for the months building up; the only thing I was truly nervous about; Navigating Narita Airport. Being level headed was a nice change, it seems I was just happy to have jumped off the plane, grateful to have started our adventure in a place I had always wanted to be.

We went through the large baggage claim area, an area with high ceilings and the space of what felt more like a recreational gym. Right away I felt I was in a foreign land, the easy layout, the advertising so bold and expressive compared to the ultra modern minimalistic approach most western marketing strategies are taking up today. Already impressed with what I was seeing we passed through customs, a little wary as I had heard that Japan was super set on their rules, and in so I expected to sign my signature on forty different colour coded pieces of paper, trade a pokemon, give a kidney and allow them to name my first born child. Luckily this wasn’t the case, it was nice and easy as we followed the signs and nice little arrows on the ground leading us to the ‘Narita Express’ in terminal two, a train that would take us to central Tokyo.

Finally, having walked to the platform and waiting for the train, it arrived. At this point we had no internet or japanese sim card to power our phones in case of an emergency. I had the printed hotel booking, and check-in was closing within the next hour. It had taken a little longer to get to the train than I had originally planned. Knowing the Narita Express was going to be taking a little more than an hour to reach central Tokyo. This is where the stress levels started to sink in.

I knew we were going to arrive somewhere in central Tokyo and take a taxi to the hotel, but it was nearing check-in time, and we didn’t want to be stuck on the streets in a foreign country, waiting till morning before we could check in. I turned the Wi-Fi search feature on my phone to ‘PLEASE LET THERE BE WIFI’ mode, to which I was happy to see an unlocked Wi-Fi supplier. Unfortunately this didn’t end up happening because it required some form of payment, or knowledge of the japanese written language to navigate through. Stress rising, I decided it was worth the extra bill when I got home to turn my phones international roaming on, and was able to attempt a call to the hotel, they picked up luckily and said being late was fine. Truth be told I observed someone always at the front desk, so I have no idea why they requested a check-in time prior.

We got to the Tokyo Central station, and it felt like a maze. I wasn’t sure which exit to take, and no amount of googling could have prepared me to make the right decision. We ended up finding a way up to the surface and all of a sudden it hit me, more so than the airport and more than flying above the continent. As we walked up the stairs we saw that which I had only seen in pictures on the internet, the buildings with flashing neon lights, japanese everywhere, the busy intersections and a lot of people. Now I’ve explored around Japan more, I realise this was just a normal street that is “nothing special”, but in that moment It was amazing to see such a functioning city well into the night, as even the major capitals of Australia shut down after everyone has had dinner, this just felt alive.

Funnily enough, there was a taxi rank right where we exited the train station, with how efficient Japan with their transport I assumed this would have been the case for any exit we decided to take, but regardless we jumped in the Taxi and started the journey to the Hotel Grand Arc Hanzomon, a hotel I specifically got for the view, as I found majority of the hotels in the more populated districts (Harajuku, Akihabara, Shinjuku) were all very cluttered by buildings, and Hanzomon was out of the way enough to be less populated by hotels. The hotel in question (Grand Arc Hanzomon) was facing directly to the imperial palace in the middle of Tokyo, with nothing blocking it. Getting out of the Taxi, arriving right out the front, having checked in, we walked up to the room. It came to no surprise that the first thing greeting us was the view, the amazing illumination of a city I had always wanted to visit, a city we were about to explore.

Well there we go, we ended up laying in bed, safe from the confusion of the new city we entered. I find everyone I speak to about their first time in Japan follows the same structure, without a transport, braving the city is slightly scary, yet very fun. I would recommend using Google to navigate your path, and sticking to it. The trains are forever flowing in this wonderful city until around 1am, so if you miss one there is always another for you. 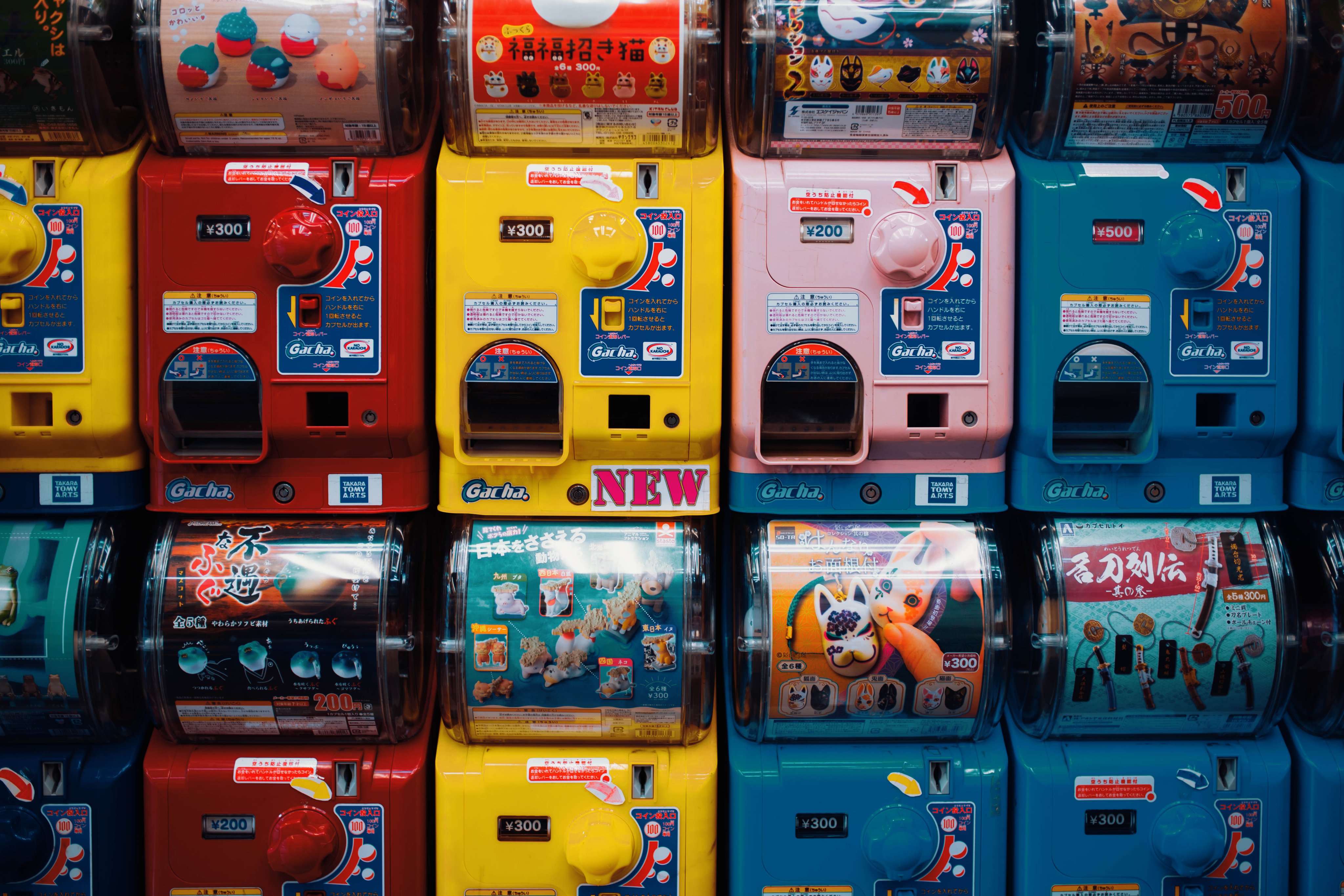 Gacha machines have become somewhat of a fascination of mine. Here I write about my experience with Gacha with some key information from the craze. 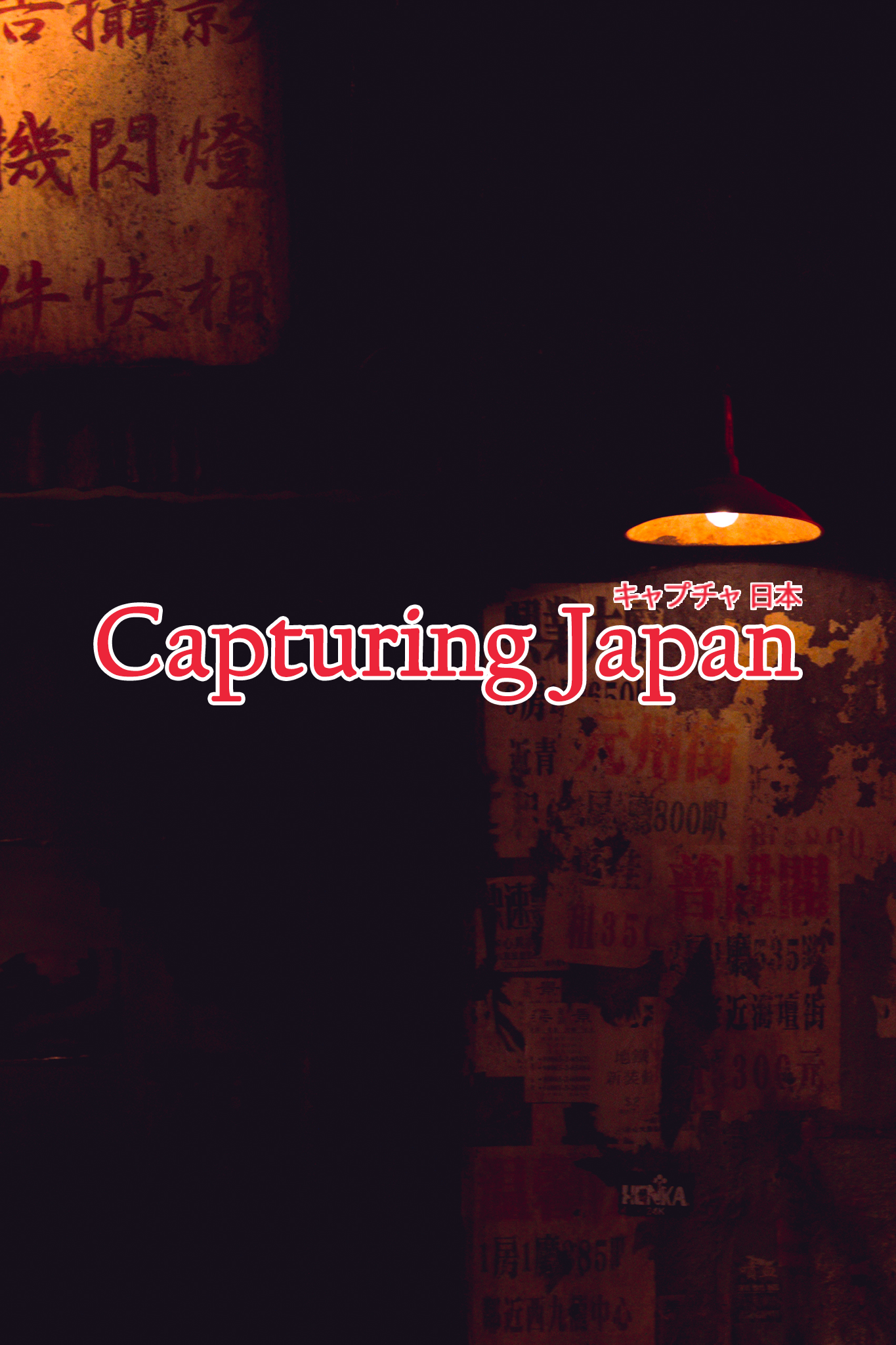 Capturing Japan landed on where it should have started at the start, a podcast where I bring on interesting and passionate people to talk about what makes them tick